The Simple Way To Give Dumplings A Crispy Bottom 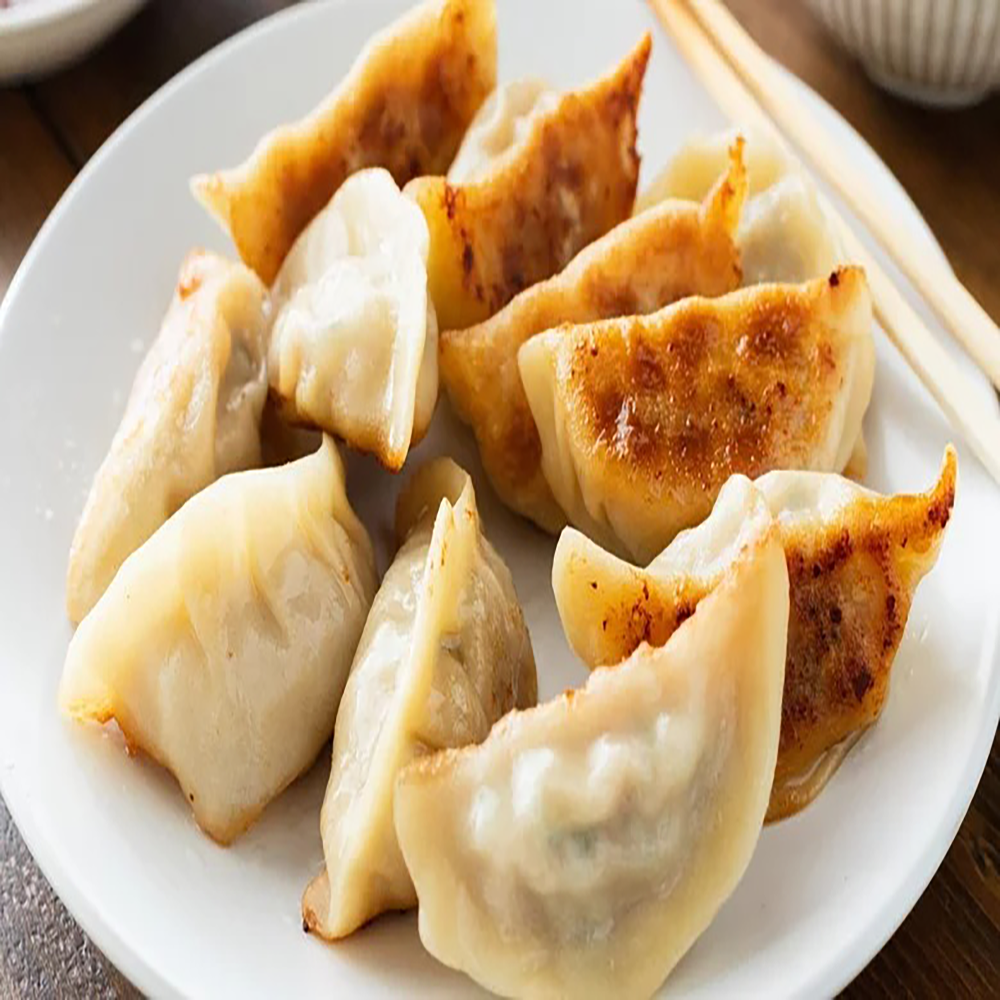 Whether steamed, boiled, or fried until crispy, few countries’ food cultures are without some version of the dumpling. Chinese dumplings — from soup-filled xiao long bao to flavorful shumai — are perhaps the best known around the world, but contributions such as Eastern European dumplings, South Asian momos and samosas, and many others help make the realm of stuffed dough incredibly rich.

Dumplings date back thousands of years to the Chinese Han dynasty, per History, when people found fortification during cold weather through a combination of meat and herbs wrapped in dough. Their crispier descendant, the potsticker, came to be a few centuries later in the Song dynasty of 960 to 1280 A.D., reports The Spruce Eats. Legend has it that the potsticker was simply meant to be a steamed dumpling, but when the chef forgot about the batch, the dumplings got the signature crispy crust that people love about potstickers today. While you could replicate the chef’s happy accident by whipping up a homemade spicy chicken potstickers recipe, you could also try one intentional internet hack that gives store-bought frozen dumplings those coveted crispy bottoms.

While pre-made dumplings from the freezer aisle are convenient in a pinch, they don’t always get those restaurant-worthy crispy bottoms when you cook them according to package instructions. Fortunately, the internet abounds with customizations to correct the issue.

Kirbie’s Cravings offers a simple solution in the form of oil, flour, and water. The flour and water are mixed to form a thin slurry consistency, then added to an oiled pan of still-frying dumplings after their bottoms have browned a bit. Over medium heat, the mixture turns into a “crispy lattice skirt” around and in between the dumplings.

One netizen contributed a similar solution and posted it via her TikTok account, Kelsey’s Food Reviews. Applying the same ingredients, she instead pre-steams the dumplings first (to ensure a thorough cook) before adding the flour and water mixture to the pan. After frying the slurry in an oiled, lidded pan, she flips the whole thing onto a plate to reveal a golden brown mass of dumplings. Is it not a relief to know there is a way to get your frozen potstickers crispy after all?