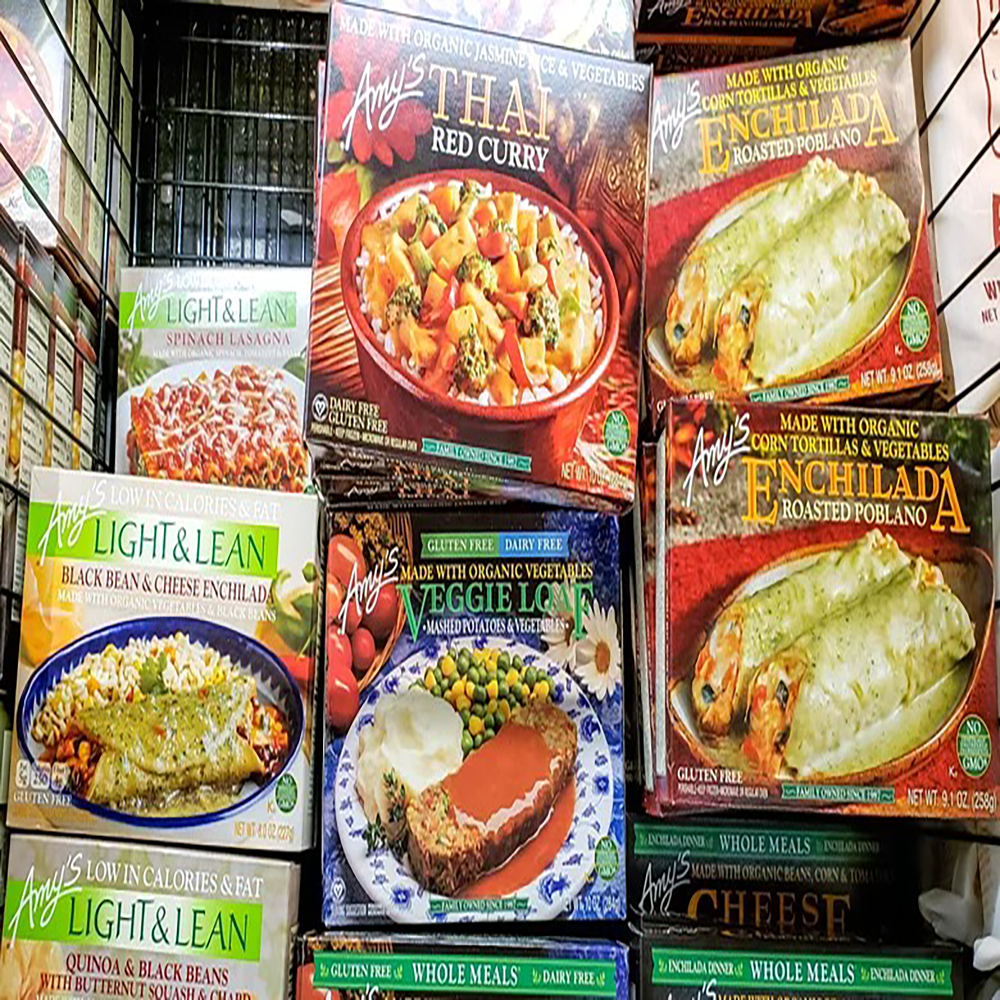 Frozen meals are a convenient meal option for many people, but not all of them are that healthy. According to NBC News, some of the healthiest frozen meals are ones under 500 calories with as much as 600 milligrams of sodium and a minimum of 3 grams of fiber and 10 grams of protein. Dietitians also recommend supplementing frozen meals that are under 300 calories with healthy fats such as olives or avocado slices, lean proteins such as lentils or shrimp, or fruits and starchy vegetables. Doing so will increase the meal’s nutritional value and satiate your appetite for longer. It’s also important to not consume frozen meals with trans fats or partially hydrogenated oils and make sure to check the ingredient list for whole foods, such as chicken, beans, whole grains, fruits, and vegetables.

Among the frozen meal aisle, you’ll find big-name brands such as Stouffer’s, Marie Callender’s, Lean Cuisine, and Healthy Choice, per Zippia. Amy’s Kitchen, or simply Amy’s, is perhaps a lesser-known frozen meal brand that sticks out from its competitors by using non-GMO and organic ingredients in its products. The founders of Amy’s, Rachel and Andy, created their own frozen food company when they had difficulty finding vegetarian and organic ready-made meals at grocery stores, according to Amy’s. But are Amy’s frozen meals actually healthy?

Amy’s has healthy ingredients but watch out for sodium

Amy’s has a few light sodium options that dietitians are fans of, but not as many as they used to. Per NBC News, one dietitian suggests Amy’s Brown Rice & Vegetables Bowl, Light in Sodium because it only has 270 milligrams of sodium and is only 260 calories, to which the dietitian recommends adding avocado slices, chickpeas, or a fried egg for extra nutrition. However, this meal isn’t to be found on the Amy’s website. According to Amy’s, a comparable item that it offers as of today is the Brown Rice, Black-eyed Peas and Veggies Bowl, and while this option only has 290 calories, it has 590 milligrams of sodium, which is just under the ideal sodium limit per meal.

The United States Food and Drug Administration (FDA) states that 2,300 milligrams of sodium is the most anyone should consume daily, and you can use the daily value (DV) percentage as a basic guideline, with 20% DV being high sodium and 5% DV being low sodium.